The Deity of Jesus 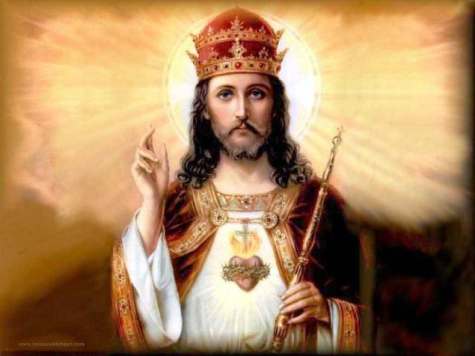 In the last blog post we saw the humanity of Jesus, but the Bible also teaches that Jesus as God is both fully man and also fully God or fully divine in one person. Even though no one has fully comprehended this doctrine, there are a substantial number of verses in the Bible that point to this.

In the first few centuries, and even today, there have been many errors as to what this exactly means.Was he really just God and looked like a man as Apollinaris taught? Or possibly he was really two distinct persons entirely but in one body as Nestorian said? The last major error in the church was called Monophysitism, which says that Jesus did have one nature, but it was just a mixture of divine and human, with the divine being much more powerful.

The church in 451 AD responded with what is called the Chalcedonian Creed:

“We, then, following the holy Fathers, all with one consent, teach men to confess one and the same Son, our Lord Jesus Christ, the same perfect in Godhead and also perfect in manhood; truly God and truly man, of a reasonable [rational] soul and body; consubstantial [co-essential] with the Father according to the Godhead, and consubstantial with us according to the Manhood; in all things like unto us, without sin; begotten before all ages of the Father according to the Godhead, and in these latter days, for us and for our salvation, born of the Virgin Mary, the Mother of God, according to the Manhood; one and the same Christ, Son, Lord, Only begotten, to be acknowledged in two natures, inconfusedly, unchangeably, indivisibly, inseparably; the distinction of natures being by no means taken away by the unity, but rather the property of each nature being preserved, and concurring in one Person and one Subsistence, not parted or divided into two persons, but one and the same Son, and only begotten, God the Word, the Lord Jesus Christ; as the prophets from the beginning [have declared] concerning him, and the Lord Jesus Christ himself has taught us, and the Creed of the holy Fathers has handed down to us.”

This creed basically states that Jesus is in fact truly God and truly man in one person and also one of the three members of the Trinity. The reason why Jesus being both completely man and also completely God is so crucial is because this is the only means of us gaining our salvation. Jesus, in being completely man, has conquered every temptation that we have or will ever go through and thus is now able to mediate for us in heaven because he knows exactly what it is like to be human. On the other side, Jesus being completely God is necessary, because each of us is guilty of sin that bears an eternal consequence. Only an eternal being, Jesus Christ, could suffer the punishment for sin and take our guilt upon himself when he was crucified on the cross.

This was an incredible act of humility for the Creator of all things to come to earth as a baby and go through the pain and sorrow that we all experience each day because of sin. This is also known as the Kenosis theory, which comes from Philippians 2.6-8, which states, “who, though he [Jesus] was in the form of God, did not count equality with God a thing to be grasped, but emptied himself, by taking the form of a servant, being born in the likeness of men. And being found in human form, he humbled himself by becoming obedient to the point of death, even death on a cross.” This incredible verse states that Jesus gave up his privilege in heaven, but not any of his attributes, to become a man just like us.

Thank God this week that even though he is the Creator and Sustainer of the universe he humbled himself by becoming a man so that we could have the opportunity to have eternal life through him.

The Humanity of Jesus

Who exactly is Jesus and how can one person really atone for the sins of the world? A lot of people have died for a cause or for people that they love, what make Jesus so much different? Well, Christianity and the Bible teaches that there is a huge difference, and it is that Jesus Christ is fully man and also fully God and thus makes him the only way to enter back into a right relationship with God. I know this sounds crazy, I mean 100% plus 100% equals 200% not one entity, but this is the mystery of the incarnation.

After Adam and Eve sinned and brought death into the world, God had promised to send a way of salvation to us and restore mankind’s relationship with him. This person would be known as the Messiah and would ultimately reconcile God and his people by atoning and bearing their sins. 2,000 years ago, this man was miraculously born of a virgin and grew up just as you or I did, yet without sin. He cried just like us, learned obedience, was a normal guy working a blue collar job, and went through all of the pain and difficulties that we do each and every day.

The difference between Jesus and ourselves is that this person was God incarnate, or literally God in human flesh and was tempted in every way that we are yet he committed no sin or ever did anything wrong. It is extremely important that God became a man, so that he can be our substitute, an example for us to follow in life, and a sympathetic high priest that can mediate between us and God the Father. He can do this because as God he obeyed the law perfectly on our behalf, and when he died on the cross he bore our sins and gave us his perfect righteousness. Theologians call this “substitutionary atonement” and is best summed up in 2 Corinthians 5.21, which states, “For our sake he [God the Father] mad him [Jesus] to be sin who knew no sin, so that in him we [Christians] might become the righteousness of God.”

This is amazing! The reason why there is grace and forgiveness for Christians today is because Jesus, as a man, lived his life perfectly so that if we place our faith in him we can also have eternal life as we were once created to have so long ago. When you are having difficulties in life and struggling with things, pray and ask Jesus how he conquered the same problems that you have and ask him to give you the strength to do the same. And if you do screw up, (which we all will) there is grace because he lived his life perfectly and to the fullest.