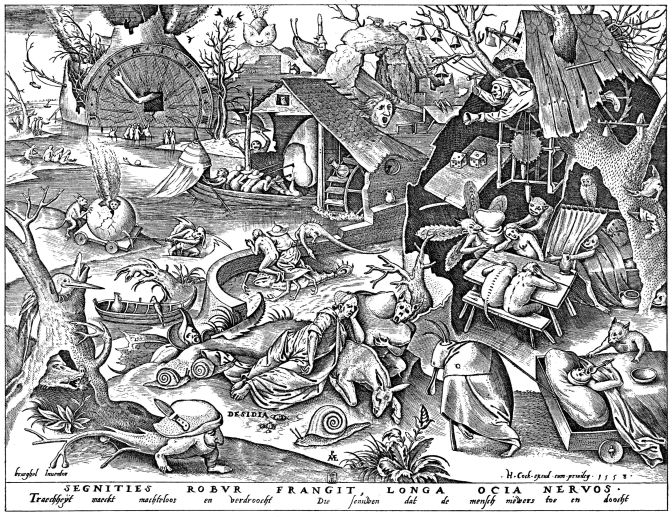 What exactly is sin, and what happens when I sin? Are people basically good to begin with, or are we flawed from the beginning? Hamartiology is a branch of theology that studies the totality of what sin is. A basic definition is that sin is any breaking of God’s law in thought, act or nature. Many like to see it as “missing the mark” between what God has shown us in the Bible
and what happens in our everyday lives.

Jesus actually taught that we are accountable for even the motives of our hearts and the very thoughts that we think against others. A sin of act would be anything against God’s moral laws, which are most famously known as being summed up in the 10 commandments. The Scriptures also teach that even by our very nature we are born into sin and are enemies of God. If you think about it, you don’t have to teach children to be bad, it just happens naturally. The hard part is teaching them the right thing to do.

Sin originally came when satan chose to rebel against God and first appeared here on earth when the devil tempted Adam and Eve to want to be like God in the Garden of Eden. Ever since then, death has entered into the world and put a break in our relationship with God known as sin. The Bible also teaches that we have all have sinned and fall short of the glory of God and that there is none righteous who walks on this earth. The Bible then goes on to say that the punishment or the wages of sin is spiritual death away from God and his people.

But we also know that each of us has sinned many many times each day. So what do we do? Well, this was the very reason why Jesus Christ came into the world to die for our sins… it was the only way to be restored into right relationship with God. Apart from Jesus saving us from our sins we cannot please God, but once a person places their faith in Jesus and becomes a Christian, there is no longer condemnation for their sin. Jesus absorbed all of the wrath that was destined for us on the cross and gave us his perfect righteousness from his sinless life on earth.

Romans 5.18-19 says, “Therefore, as one trespass led to condemnation for all men, so one act of righteousness leads to justification and life for all men. For as by one one man’s disobedience the many were made sinners, so by the one man’s obedience the many will be made righteous.” This basically says that when the sinless God, Jesus Christ came to earth and died, he made a way to make us justified, or legally clean in God’s eyes from all of the sin that we have. No longer are Christians under the curse of Adam’s sin, but are a child of God and eternally free from their sin.This week, take a few minutes and thank God that he made a way for our sin to be wiped away and for us to have the perfect righteousness of Jesus because of what he did here on earth. 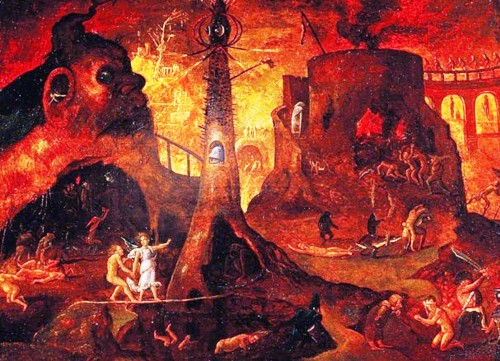 One cultural distinction about the United States that sets us apart from the majority of the world is that many people will say that they believe in God and angels, but do not believe in satan or demons. If they do, than usually satan is just a weird short guy with a pitch fork and red horns that likes to party a lot. But the Bible paints a much different picture of the the evil that is in the world and at enmity with God, and they are definitely not to be taken lightly.

Satan and demons are evil angels who rebelled against God and continually seek havoc and destruction in the world. There was a time when satan and the angels chose in their pride that they wanted to be god themselves and chose to rebel curse God to his face. Isaiah 14 and Ezekiel 28 refer to the time when this happened, when satan as well as a third of the angels were thrown out of heaven and down  to the earth.

Ever since then, demons have been seeking to do only evil in the world while it is still in their power to do so before the great judgement day when they are all thrown into hell and hence there is no more pain nor sorrow in the world.

The word satan actually means “adversary” and translates into diabolias or where the word “devil” or “slanderer” comes from. He was the one who tempted Eve in the garden and originally brought sin into the earth. The Bible actually calls satan the “ruler of this world”, the “prince of the power of the air” and the “god of this world.” Even though satan does has authority to do evil on the earth, he is still under the authority of God and must even ask permission to touch God’s children, or Christians, and has limited authority and power here. When Christians are tempted by evil, James says to that we can resist the devil, and he will flee.

If you are not a Christian, the Bible says that you are already serving evil by choice and are already under his control. Without God saving you, you are at enmity with God and even  playing for the other team. But because Jesus triumphed over death by being the only person in history to resurrect from death after defeating satan on the cross, he rendered satan defenseless and weak against his sovereign plan, for Jesus who has saved us is greater than anything else. Christians have this power because of the holy Spirit residing within them to command satan and demons to leave when being tempted or tormented. Even though Jesus has not returned and made all things right, there is still victory in the battles that are faced every day.

This week, thank God that he has defeated demonic powers by dying on the cross for the sins of the world and that he will make all things right one day.